Top 10 Old Women That Ever Given Birth - NicheSlide

A lot of people has been very scared of menopause stage in which they bring in threat upon themselves that once they reach the stage of menopause they won’t be able to conceive again, but I just want to let you know that science has made it possible for you as a woman to conceive even in your menopause stage, great appreciation goes to IVF and donor eggs. Apparently, the implementation of post menopause is quite a very controversial case, whereby most of the countries are having some upper age limit which is around 50, it happens to be the natural and normal age for menopause.

Meanwhile, not all clinic could be able to handle such task, some clinic will give a proper treatment to the woman at a tender older age whereby other clinics don’t really bother to ask the age of the woman. With such number increasing it has typically revoke and decreased the number of women that gave birth in the age 60 years which happens to be the age of menopause.

We will be listing the oldest women who have given birth in their menopause stage but the name of 3 other women among the list is not quite verified. 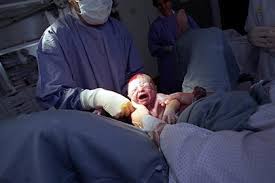 If you look around the world you will agree with me that majority of the oldest mothers subsequently turned to IVF due to the fact they have no single child. However, the unnamed Austrian mother who successfully gave birth to 2 children at the age of 66 years old, although the children were given birth in different ways. The first child was conceived in a natural method when she was at her 30s and her second child was given birth with IVF when she was at the age of 62. This has come to her noticed that she is the only mother that has given birth in an old age of 6os as of those periods. 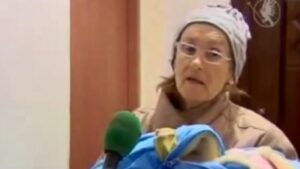 Valentyna Pidverbna she is a Ukrainian mother who is also among old mothers that gave birth at their old age. She gave birth to her first ever child, a daughter at the estimated age of 66. Apparently, she was considered to be the oldest mother who gave birth at an old age but for a very short period of time. Before the arrival of her daughter to the world of the living, she was accumulated with 3 cycles of IVF. 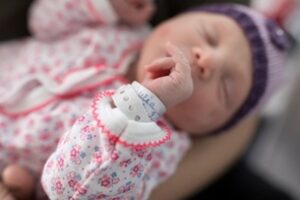 Another incredible birth was recorded in Swiss in which her name was not verified, she gave birth to twins boys when she was at the age of 66, she was considered to be the oldest mother that gave birth at the age of 66 in Switzerland. 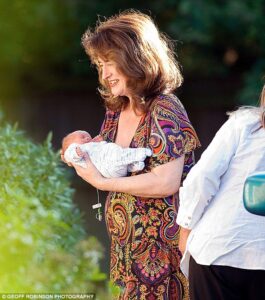 Elizabeth Adeney is a Britain mother who happens to give birth to her first ever daughter at the of 66. Till date she is still the oldest mother to give birth in the UK, subsequently, another dramatic woman was recorded who gave birth to triplets at the age of 55years old still in the UK. 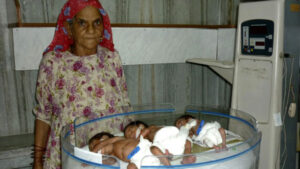 This is a sub-sequential record in Indian in which Bheteri Devi Singh happens to be the oldest mother to give birth to triplet in her old age at 66, this has drastically made her the first woman to give birth to such kids at such age. Actually after the birth of the triplet, one of the triplets died after a successful delivery. 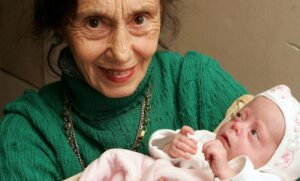 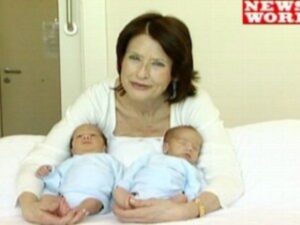 What an astonish coincident birth story, a week before the 67th birthday celebration of the Spanish mother Maria del Carmen Bousada shocked the world with twins sons at her old age. Although she tricked and lied to the clinic that treats her on her fertility, in which she told them that she is 55 years old. The main purpose and aim of Maria is to live a longer life just the way her mother lived up to 101 years but along the line, she lost her life when the kids were still 3 years of age. 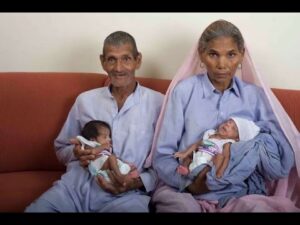 In the story dilemma of Omkari Panwar was a pathetic one in which she felt under a huge pressure to give birth to a child that can inherit the family property. With the pressure on her she has no any other option than to venture into the IVF at the age which is estimated to be 70years old, apparently, she has previously given birth to 2 daughters but made use of IVF treatment to conceive for another pregnancy. Although with the successful treatment of the IVF she gave birth to twins a boy and a girl. However, Omkari real age has not been verified due to the fact she is not having a birth certificate. She died three years after the birth of the twin’s kids. 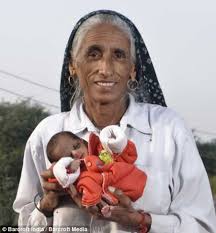 Rajo gave birth to her first child at the very tender age of 70, although her real age was not yet verified because her birth certificate was not found in other to prove her age. After a long-awaited period of childlessness and loneliness with an associated stigma that waves around India, she successfully gave birth to her first child to the world. At a point of time, some tragedy came in occurrence whereby she develops some serious health challenges due to the result of IVF. 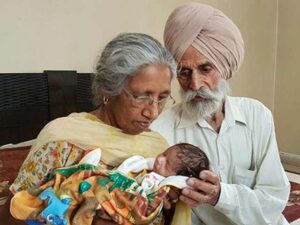 Daljinder Kaur became the oldest mother in the whole world to ever given birth in such an attractive age, although her age is not fully verified simply because her birth certificate could not be found but it is very much possible she will be older than 72 years when she gave birth to her first and only child which happens to be a bouncing baby boy. Although due to childlessness Daljinder and her husband who is 79years old has no option than to adopt a son in which they later relocated to the USA to live, that’s where they came across IVF treatment in which they give it a try and their son was given birth but initially they could not be able to give birth to a child.